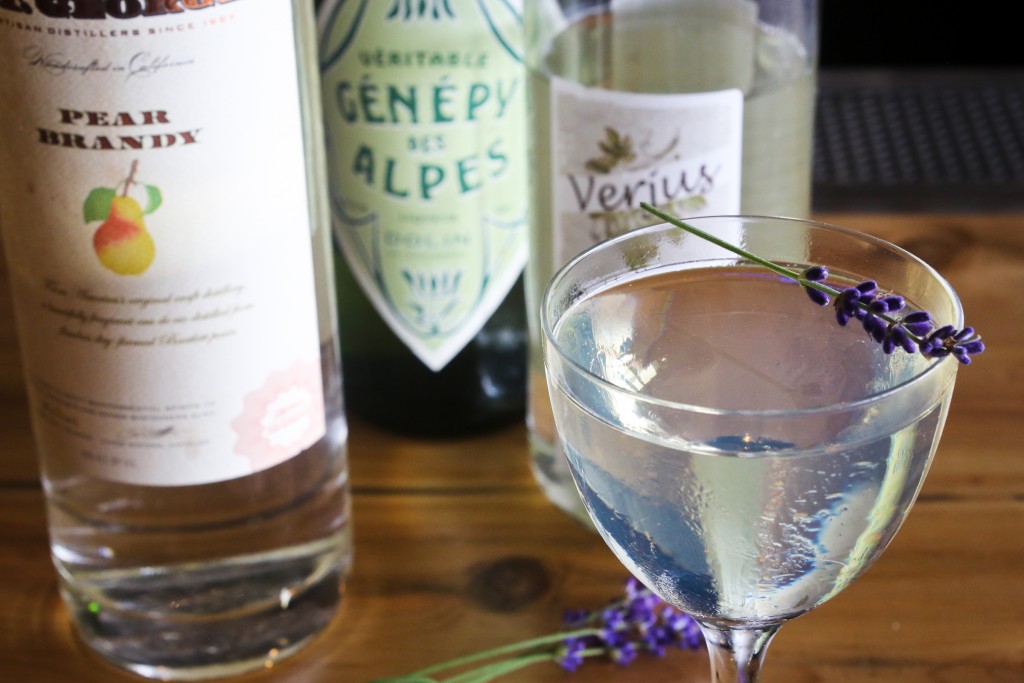 Balancing out sweetness in a drink is often done with citrus — lime in a margarita, lemon in an Aviation, etc — but when we recently tried the verjus from Black Star Farms, we decided it had to become a staple behind the bar. Especially for the summer.

Pressed from unripened (green) grapes, verjus is simply tart grape juice. Typically, a bartender would shake a citrus drink for several reasons, not the least of which is the cloudy appearance citrus gives to a cocktail. But the distinctive flavor and translucent appearance of verjus gives bartenders a few more options.

For the past few weeks, we’ve been running a couple of verjus-based drinks, and we figured we’d share the recipes. In addition to the Michigan-made Black Star Farms verjus, there’s a decent offering from Bonny Doon in California that can be found in metro Detroit as well. So if you can’t find one at your local store, hopefully you can find the other.

When we first got our sample bottle of verjus, the very natural acidity of the unripened grapes started us thinking about other fruits. Pear leaped to mind, and we loved the resulting drink. Sadly, our guests drank the distributor out of the pear brandy we were using so we had to remove the drink from the menu after only a few weeks. But we think it’s a great spring/summer stirred drink, albeit deceptively strong.

Combine all the liquid ingredients in a mixing glass and stir with ice until chilled and properly diluted. Strain into a chilled cocktail glass and garnish with the lavender.

Product notes: If you’ve never tried any of the products from St. George, the Bay Area-based microdistillery, you’re missing out. Their “All Purpose Vodka” has great texture and roundness, their gins are widely regarded as classics, and they make tremendous un-aged fruit brandies, like the pear, that really carry the essence of the fruit into the spirit.

This particular genepy is made by the vermouth producer, Dolin, and imported by Haus Alpenz. Some people compare it to Chartreuse because the herb/shrub genepy is a key ingredient in Chartreuse. But while it shares some characteristics, while they’re both excellent ingredients, and while they are certainly in the same family of spirits, there’s no mistaking them for one another.

We made the rosemary tincture ourselves by soaking some rosemary in vodka for 3 or 4 days and straining it out. The drink is, of course, still quite refreshing and delicious without the rosemary, but that extra herbal note adds some complexity that we preferred.

When we had to pull the pear brandy cocktail above off the menu, we went in the same direction for a replacement — fruit brandy and verjus. In this case, we turned to Laird’s apple brandy. The heavy dose of creme de violette makes this extremely floral, which isn’t for everyone. But the verjus does a nice job of balancing the sweetness from the liqueur.

Combine all the ingredients in a mixing glass with ice and stir. Strain into a chilled cocktail glass.