Remember when words like “artisanal” and “handmade” carried genuine gravitas? It was only a few years ago, before even a shelf of 99-cent emery boards could be “curated;” before “craft” applied to anything not made in a sweatshop, before every can of soup confidently staked claim to being “all natural.”

It was around then that farm-to-table was emerging as a common exhortation for any restaurant that bought a head of broccoli from an actual farmer.

Like so many things, it’s a matter of degrees. And there are places to which farm-to-table truly applies – Dan Barber’s Blue Hill in New York, for example, which is under the auspices as a farm of the same name. By comparison, Selden Standard looks to others for ingredients, working with a couple of dozen farms from Detroit and southeast Michigan. Does that baptize us as farm-to-table? Not really.

The terms farm-to-table, local, seasonal, and half a dozen others have almost become a transposable type of short hand. But there are worthwhile distinctions to be made. And while we’re not a farm-to-table restaurant by our own measures, we think of ourselves as seasonal and probably local as well.

Of course, that still begs a reasonable question: Why should anyone give a shit?

A Matter of Taste

Shortly after we first opened Selden Standard, a customer was disheartened to learn we didn’t have any fresh tomatoes to add to his flatbread. Naturally, he asked, “Why?” Being January, we had a fun conversation about seasonality. But truthfully, we could have answered in a single word.

Anyone shopping a farmers’ market knows the difference between a tomato picked at peak ripeness, served that same day, and one that traveled cross-country on a trailer. The former is generally delicious, the latter is often a pulpy red water balloon. 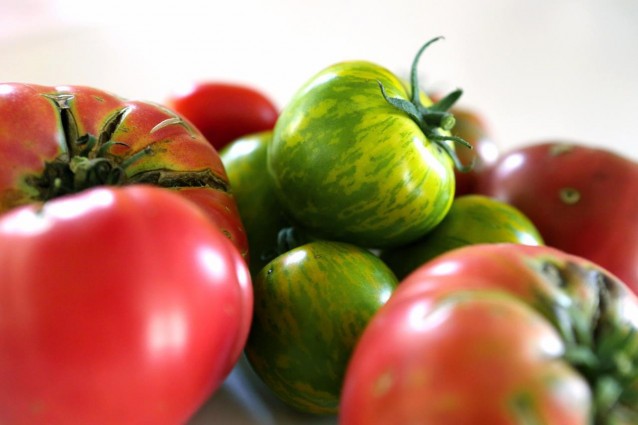 Beyond what’s served at the table, food has so many facets to it – environment, scalability, security, perishability, affordability, health, and so on. We choose to be concerned with many of those. But first and foremost, given our livelihood, we must be concerned about flavor.

And how do we find that? By shopping in season, generally from a local farmer.

Not every item we buy is local – Michigan doesn’t do so well growing lemons, for starters – but just about every fresh ingredient is seasonal. That is to say, when a particular fish is in season via sustainable fishermen, we’ll buy it. When California is in the midst of citrus season and the blood oranges are fantastic, we’ll buy them. And of course, when the farmers in Detroit can grow tomatoes, we’ll buy those too.

For outside observers, a surprising facet to Detroit’s current restaurant boom is that very network of urban farmers helping to supply produce. The idea of an acre of potatoes around the corner from a Boston-Edison mansion is shocking to many.

But it does not get more flavorful than the ideally ripened tomato, picked in the morning, driven two miles, and dropped at a restaurant for use that night. And when we can’t acquire that tomato, there’s just not much reason to have any tomato.

Lengthy supply chains are like a game of telephone: Imagine a pallid head of lettuce that arrives via a distributor who got it from regional affiliate who got it from a wholesaler in California who got it not from an individual farmer but from Trevor, the underpaid account representative for a large-scale farming conglomerate.

That’s a lot of steps. A lot of people we’ll never see. A lot of opportunities for information to get lost. A lot of questions about provenance.

Knowing farmers (or coffee roasters, grain millers, chocolate makers) is the best way to understand the source itself. A handful of exceptions notwithstanding, building those relationships is just easier to do locally.

When we buy from a one- or two-person operation, we see those people every few days. We know the product. We see the farming practices. We get their t-shirts and wear them with pride. Buying locally means buying into a partnership. But it’s not just a romantic ideal: It’s quite practical when acquisition of the best ingredients is a necessary condition.

Sometime in the future, it’s likely that we’ll have an international food system that is sustainable: growing flavorful produce, minimizing pollution and waste, and maximizing nutrition and efficiency. But in today’s United States, the food system is seemingly dominated by factory farms prone to cross-contamination; inclined to leech pollutants into our rivers; and suffusing our food with sugar, chemicals, and antibiotics.

Wise application of new science has led to and will continue to lead to numerous ways of producing and transporting food sustainably. But factory farms rarely practice those, as has been well-documented again and again.

By contrast, our local farmers are treating their land and their produce in a way that respects not just their customers but the community itself. While economics and technology may nudge agriculture in another direction someday, local farmers are certainly our safest outlet today.

Some of Selden’s ownership and staff keep gardens, have worked on farms, shop for home from farmers, and otherwise search for products that are humanely and sustainably raised. At the restaurant itself, if we’re being honest, that’s rarely our first concern – but it’s far from our last.

Thus we are compelled to serve local food.

It doesn’t make us farm-to-table, so to speak. It doesn’t turn our business into some admirable cause. And it doesn’t mean we don’t eat cheap burgers (probably with that same pallid lettuce) after work. Because we do, and we love it.

But the choice to serve what we serve is not made lightly, and we’re quite grateful to have the opportunity to present those ingredients to people. Despite the supersaturation of the assorted terms describing the mindful approaches of chefs, bartenders, and winemakers, those words are worth saving from the interests who would continue to appropriate them.