On Tuesday, September 20, 2016, Chef Andy will be designing a seasonal, five-course, shared plate meal based around several delicious beers from Brouwerij De Leite and Brasserie Artisanale de Rulles — two small production craft breweries in Belgium. We’ll be joined by the importer as well as master brewer Luc Vermeersch of De Leite to talk briefly about the brews.

We’ll be featuring five beers, including the contemporary classics La Rulles Blonde and Brun as well as a limited production oak-aged sour, Fils a Papa, from De Leite. Andy’s menu will be selected from the best produce we can find that week, and the way things are looking, we’re hoping to start to see squash, apples, and other early fall specialties.

The dinner will begin at 6pm on Sept 20th. Tickets are only available online.

Brasserie La Rulles is a relatively young brewery (at least in Belgian terms), opening its doors in 2000. The local river is the water source for these quintessentially Belgian brews. His efforts have been highly regarded by critics, including the late Michael Jackson, since the breweries inception.

The name ‘Leite’ is derived from the Dutch word ‘laagte’, meaning down below, which refers to a location in Ruddervoorde near the brewery where a small stream flows along the local mill. De Leite makes a wide variety of beers, but has perhaps become most well known locally for its outstanding sour cherry ale, Cuvee Souer’ise.

These beers are all imported by a small Michigan company called Amport Distributing specializing in balanced, flavorful beers from Belgium. Switzerland, and Italy.

It’s not uncommon for us to get questions on how we assemble certain dishes or how long it takes to prepare food for guests. In some cases, it’s deceptively long: Our octopus dish essentially takes five days to make because of marinating, resting, braising, and other steps that have to happen in sequence.

We thought it would be fun to show a few steps involved in making our new dessert, a peach pavlova. It consists of a meringue, brandy cream, caramelized peaches, fresh peaches, and a lemon shortbread crumble. 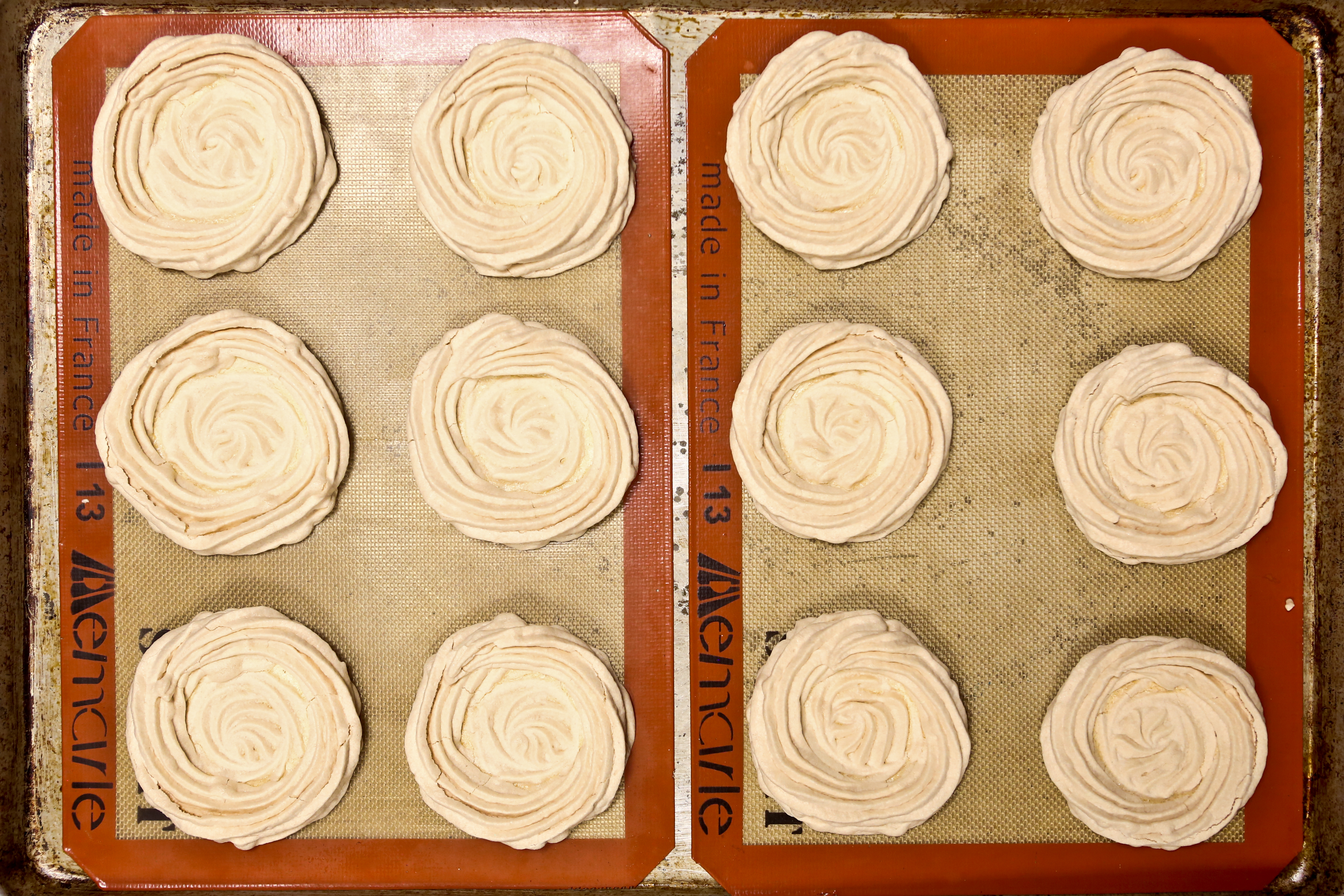 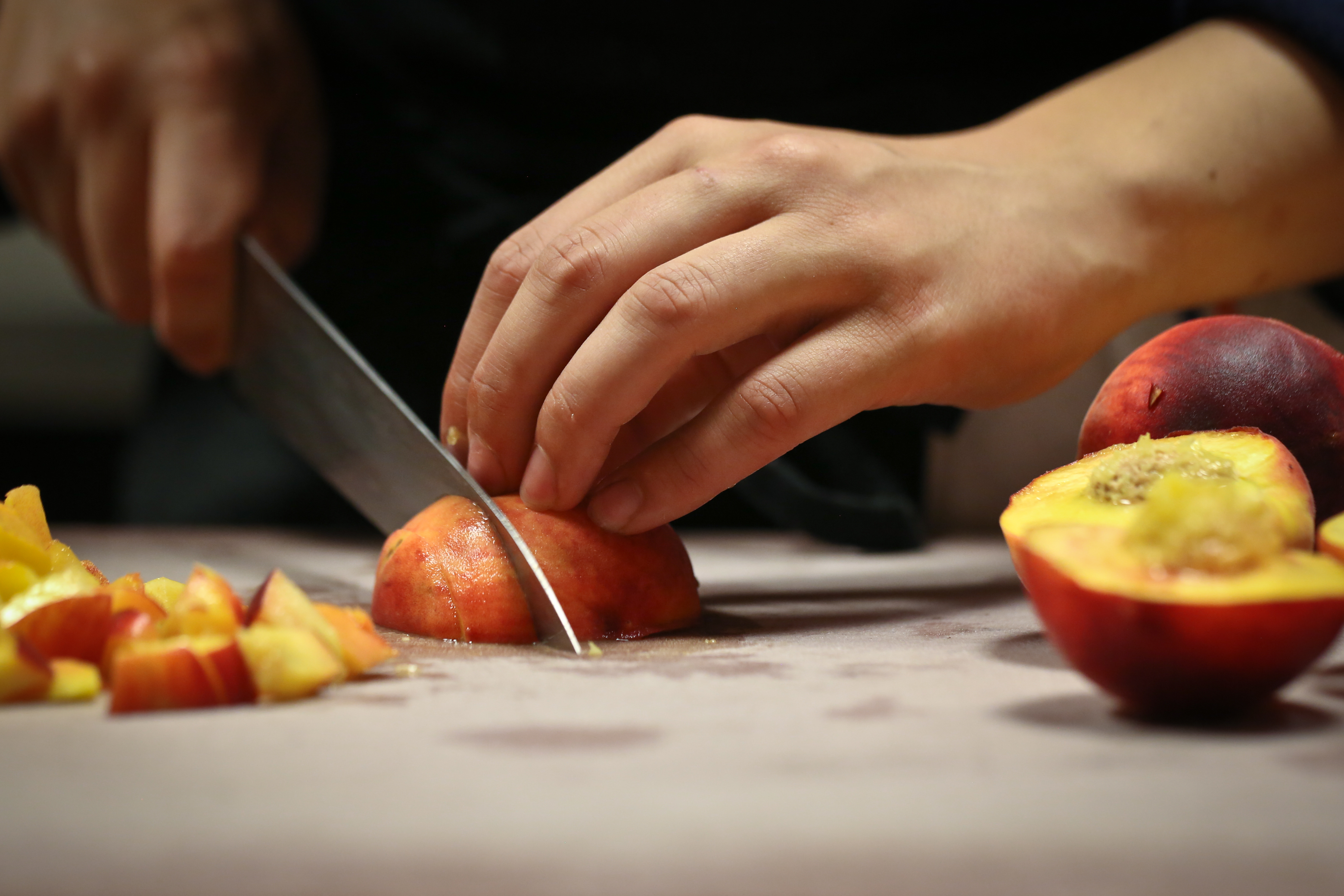 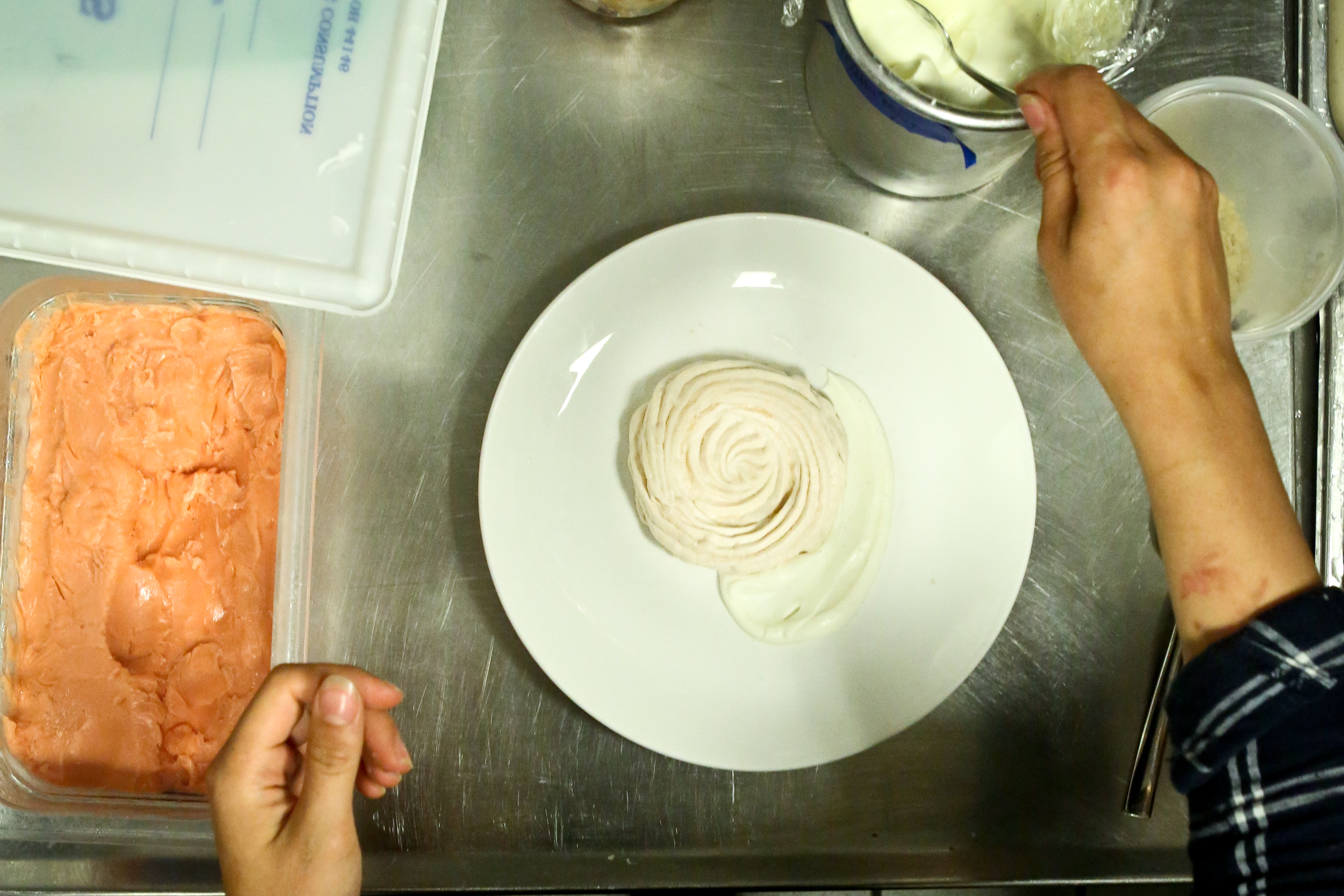