On a recent episode of Frontline on PBS, author Paul Greenberg asked the question, “What fish should I eat that’s good for me and good for the planet?” Seafood happens to be a frequent subject of guest inquiries too: Is it OK that the trout is farm raised? Why are the scallops so expensive? Can I eat oysters any time of the year or only in months containing the letter “R,” as is often reported? Does the Loch Ness Monster exist?

Fortunately, the United States is now one of the great countries in the world when it comes to managing fish stocks and having organizations that promote transparency in where our seafood comes from. And with just a modest amount of work, restaurants like ours can take advantage of that to bring consumers some excellent product that is healthy and responsibly fished.

If you’re seriously interested in the subject of sustainability, seafood, and aquaculture, Greenberg’s Frontline special explored the topic in great detail. But there are a few common questions we hear that we may as well answer:

What About that Oyster Thing?

The adage about not eating oysters in months without the letter “r” is thankfully as timely as an 8-track player – and it was never really about sustainability so much as flavor and health. Oysters spawn in the summer, and they don’t taste particularly good while spawning or when they’ve been growing in warm water. Combine that with a lack of refrigeration on ships and docks, and summer oysters were bound to be a mouthful of trouble.

Today, oysters that restaurants serve are almost always farmed, and many don’t have the opportunity or genetics to spawn. They’re also typically grown in colder waters, which help with flavor. Plus the government has regulated how oysters are stored after harvest, so unless the restaurant serving them or the wholesaler selling them are doing a poor job, your oysters are good to eat year round. 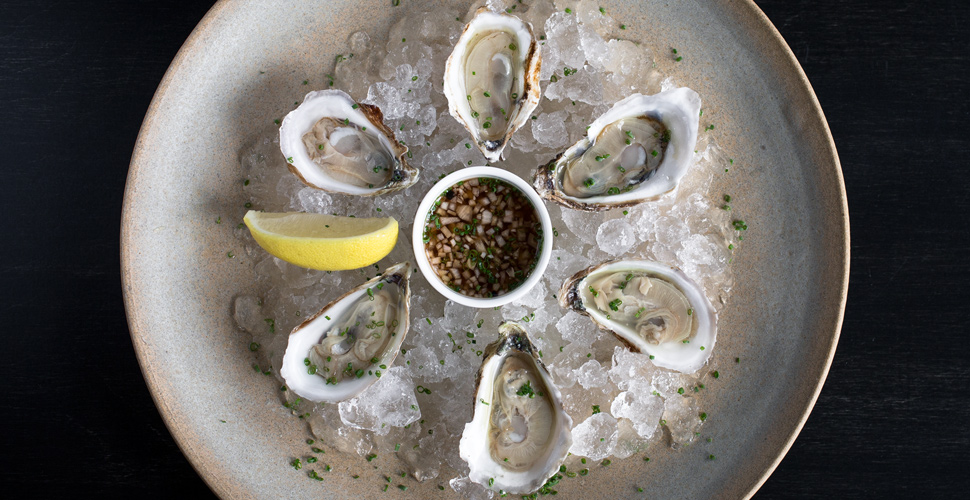 The biggest concern is overfishing. In the United States, most fish and most regions are now regulated in a way that keeps over-fishing from becoming a problem. There are, of course, downsides to regulation – e.g., statistical modeling for catch limits might promote the growth in population of a predator that changes how other fish compete in a regional ecosystem – but overall, fish stocks in the United States are pretty good. Alaska, in particular, continues to manage its wild salmon population well, and the northeast US has done a great job of restocking many of its classic catches. Of course, wild caught fish from some places in South American or Asia might be coming from low stock levels and are endangering the population.

That wild fishing has improved so much doesn’t mean that all farmed fish is terrible by contrast. Many fish farms do expend absurd resources on feed. But some species (like the aforementioned oysters) are best farmed. And there are both open water and inland, tank-based approaches that can yield delicious, sustainable results.

Why Does Some Fish Cost So Much?

Some fish is inexpensive largely because of the conditions in which its grown. Just like a factory farmed chicken reared in its own excrement, pumped full of water, and shrink-wrapped in its little Styrofoam coffin is inexpensive, so is fish that is unsustainably caught or grown in self-polluted waters.

Over the past decade or so, the United States has heavily regulated its fishing industry so that both farmed and wild fish from our own waters are (usually) handled properly. One of our favorite seafood purveyors, Foley Fish, only works with sustainable fishing operations whose practices include using hooks that don’t mutilate the mouth of the fish (so they survive if miscaught), using appropriate gear for different seabeds, using strict catch limits, and so on. Obviously, there are costs associated with that.

However, 90% of seafood consumed in the United States doesn’t come from the United States, so it’s easy to imagine why much of our seafood is so inexpensive. If it’s brought in with tons of bycatch from polluted waters or if it’s farmed in its own excrement in overcrowded farming nets, the production costs are obviously comparatively very low. 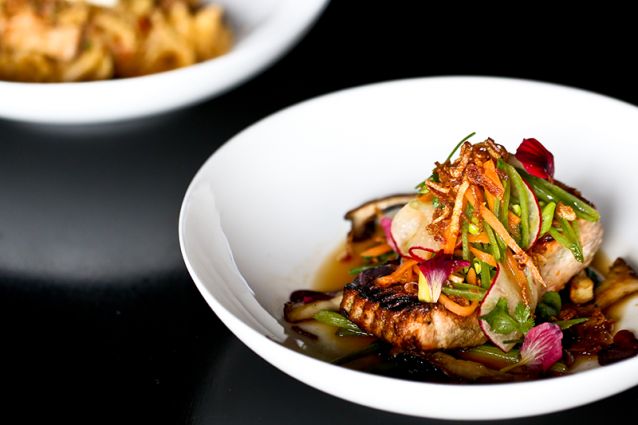 When it comes to scallops in particular – something we served all winter – there’s another wrinkle. While people refer to tuna as the chicken of the sea, it might be more accurate to give that moniker to scallops. Just like factory farmed chicken that gets pumped full of water and hormones to inflate the size of the breasts, most scallops you’ll find are packaged in treated water after being processed. Scallops absorb the water exceptionally well, so they plump up to an otherworldly size, gaining weight. However, they also lose their characteristic sweetness and don’t sear nearly as well. So-called dry packed scallops cost a bit more – but they taste substantially better, are denser in texture, and brown more thoroughly.

How Do We Know What to Buy?

The good news is that there’s ample information out there about what to buy to stay safe in terms of toxicity and to stay smart in terms of sustainability.

Well known for a reason, the Monterey Bay Aquarium’s Seafood Watch is a good all-purpose tool, though some of our suppliers on the Atlantic coast would argue that their data is less accurate for Atlantic fish. For example, Atlantic cod populations are currently low – but they’re rapidly rising because the populations are heavily managed and regulated, so not even the government regulators consider it a “bad” fish to buy.

Another tool is Fish Watch, a government-published resource. It’s not quite as navigable of a website, but there’s a ton of valuable information available.

As with anything, the devil is in the details. If you’re concerned about what type of fish you’re eating and where it’s from, the best bet is always to go to sources you trust – whether that’s a restaurant or a fish monger – because they’ll have done most of this homework for you.