Nothing brings us more joy than a great meal with friends. Sharing that experience is at the heart of why we opened Selden Standard. And central to that experience is Chef Andy Hollyday’s food – flavors born in local farms, captured at the peak of the season, prepared in our wood-fired oven, and served small plates-style in perfectly shareable portions. Complementing the menu is a bar we take every bit as seriously as our kitchen: wines thoughtfully chosen from small producers, local and global brews that work well with our food, and craft cocktails to suit the seasons. Our concept and our dining room are rustic and casual – come as you are – but with an ever-present eye for quality, creativity, and fun, an approach that saw us named restaurant of the year in 2015 by the Detroit Free Press and in 2016 by Hour Detroit. If that sounds like your idea of a good time, we’ll look forward to seeing you here soon. Come find us at the corner of 2nd Avenue and Selden, just south of Wayne State’s campus and only two blocks west of the Fisher Music Center. 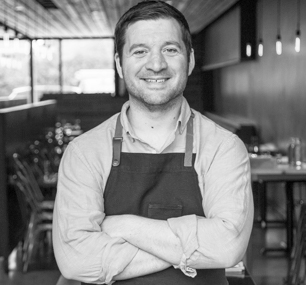 partner & executive chef
A four-time James Beard semi-finalist, Andy began his career 20 years ago cooking at a small family restaurant in his hometown of Toledo. Previously, he served as Executive Chef of Michael Symon’s Roast where he was named best chef, 2012, in Hour Detroit. He has also cooked at L’Essentiel (Chambery, France), Tribute (Farmington), and Oliveto (Oakland, CA), among others. He is a 2003 graduate of the Culinary Institute of America in Hyde Park, New York. Andy spends his free time in his garden, at the Detroit Film Theater, or at Comerica Park – and remains, despite his better judgment, a die-hard Lions fan. 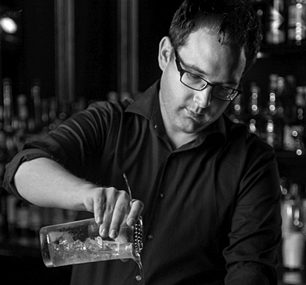 partner
Homebrewing, Japanese cuisine, and craft beer grabbed Evan’s attention while he was working in marketing at the University of Michigan. But it was a glass of 2002 Schäfer-Fröhlich Riesling that slowly steered his life toward food and drink. He loves entertaining guests and re-watching episodes of Deadwood with an immodest glass of bourbon (from Kentucky). 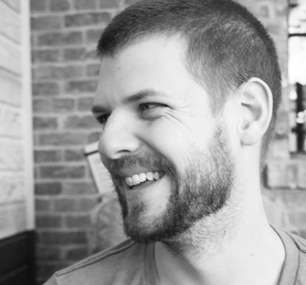 chef de cuisine
Nick began working in restaurants at a small family spot in Washington Township, Michigan, was introduced to fine dining at the Clarkston Café, and eventually earned a role as Executive Sous Chef at Michael Symon’s Roast for two-and-a-half years before joining our team. He roots for the second most insufferable college football team in all the land, loves dogs, likes to drink beer and bourbon, and enjoys the rain for the rainbows. 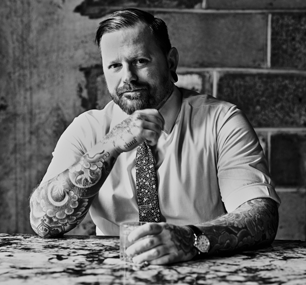 general manager
Paul began his hospitality career over 20 years ago, slinging smiles at Detroit’s bustling Centre Street Pub. After an affair with radio broadcasting, this lifelong Detroiter returned to food and beverage, working at some of the best the region has had to offer including Intermezzo, Bacco, Republic, and Mabel Gray. He joined us in 2022, bringing to Selden his technical approach, detailed research, and aim to inspire palettes with a marriage between the kitchen and bar. Paul's free time is happily spent with his family and rescue pit bull, getting outdoors to enjoy all of Michigan’s beauty. 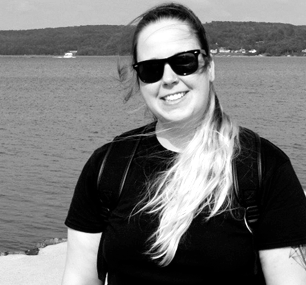 sous chef
Originally aspiring to work within the music scene, Katelyn Dudley found her passion for cooking as a prep cook at age 19. Having worked at a series of restaurants, she moved to the Detroit area to focus on her career, eventually landing at Selden Standard in 2017, later earning a role as a sous chef. When she’s not cooking, Katelyn is at a concert, napping with her cat and dog, or counting the days to the next Halloween. 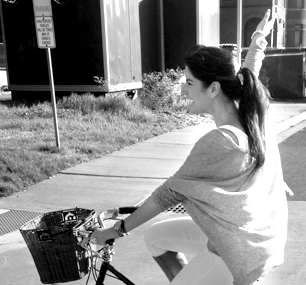 events manager
Fate seems the likeliest explanation for how Natasha ended up at Selden Standard. Having gone to high school with one of the partners, having gotten engaged to the other, and having introduced the two, something would have seemed terribly askew without her radiant presence in the dining room. Formerly Director of Sales & Marketing for Pluto, a creative firm, and a sales rep for a few L.A. clothing companies, Natasha is a tri-lingual world-traveler with a fervent love for karaoke and her finely accoutered dog, Gazpacho. 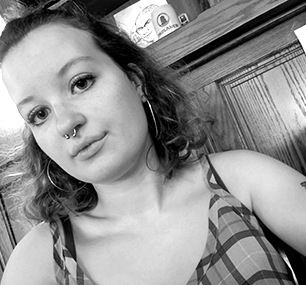 pastry chef
While Kat has earned degrees from the Culinary Institute of America in both baking and pastry as well as food business management, she got her start much earlier, baking alongside her grandmother as a young child. After spending time on both coasts, including a stint making chocolate bean-to-bar, she joined us at Selden Standard in autumn of 2020. When she’s not hard at work in our kitchen, Kat very likely is baking in her own – or drinking hard cider, reading her cookbook collection, petting Nala her Shiba Inu, eating cookies, or (best of all) napping.

lead sous chef
When Matty K. left Eastern Michigan University years ago, he headed east to attend the Culinary Institute of America to embark on a career in food. Since then, he’s cooked at a number of restaurants, including Oceana in New York and Michael Symon’s Roast in Detroit, eventually joining our opening team in 2014. A Romeo native turned Detroiter, he loves putting his vintage Nike-clad feet up while helping himself to a cold beer and mom’s meatloaf, which remains his uncontested favorite thing.

Our restaurant was designed by Tadd Heidgerken and Kristen Dean at Et Al Collaborative, with furniture and millwork by Kevin Kuza of Box Design and additional metalwork and fabrication by Taru Lahti. Our patio mural was done by Heidi Barlow and Shaina Kasztelan. Todd Abrams did some cool illustrations for us. Ceramic plates and bowls by Sarah Bulson, formerly of Detroit and now of Louisville. Wood platters by Will Tyrrell of CCS. We took some of our own photos, but all the genuinely good ones are courtesy of Marvin Shaouni Photography.